How Portugal turned back coronavirus tide that swamped its neighbour

Swift action and extensive testing meant much lower death rate than in Spain, but fears grow of second wave

With its rapidly ageing population and close-knit family-oriented society, Portugal has much in common with its neighbour Spain. But while the coronavirus pandemic has wreaked havoc in Spain, Portugal has had vastly lower infection and death rates.

Spain has recorded more than 25,000 Covid-19 deaths, yet Portugal, with a quarter of the population, has recorded just over 1,000. As Portugal and other EU countries begin to ease their lockdowns, Lisbon fears a second wave of infections could reverse a success attributed to its quick response, extensive testing, collegiate politics and strong social support. 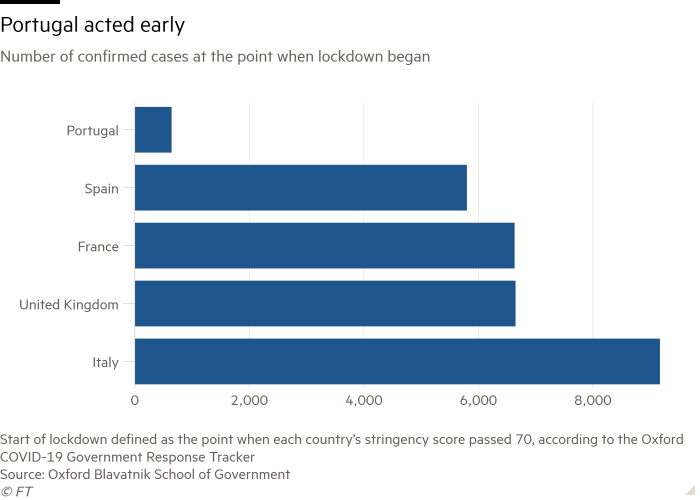 “Timing is everything in the early stages of a pandemic because viral dissemination is exponential,” said Pedro Simas, head of the viral pathogenesis lab at Portugal’s Institute of Molecular Medicine (IMM). “Even one week has an enormous impact.”

Portugal detected its first coronavirus cases on March 2, a month later than Italy and Spain. The government declared a state of emergency 16 days after the outbreak began, by which time the country had recorded 642 cases and two deaths. In comparison, Spain announced tough lockdown measures about six weeks after the first case appeared, by which time it had recorded almost 5,800 cases and 200 deaths. 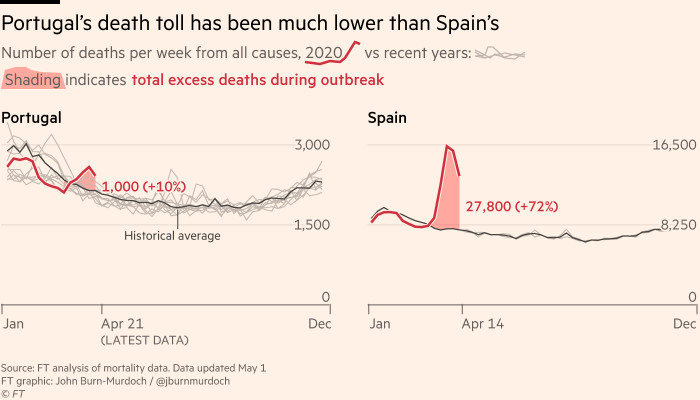 But even before the government had ordered a lockdown, many Portuguese people had chosen to stay at home. “People were witnessing the heartbreaking images from Italy and Spain and decided to take matters into their own hands,” said Ricardo Baptista Leite, head of public health at Lisbon’s Catholic University. “This was a critical element in our response.”

Isabel Abreu, a biochemist in the high-risk category for Covid-19, began working from home almost two weeks before it became compulsory. “People who could generally did the same,” she said. The government introduced a furlough scheme under which laid-off workers received two-thirds of their wages, of which the state pays 70 per cent.

Testing was also key. Portugal has tested more than 350,000 people for coronavirus, having steadily built a network that can complete more than 15,000 tests a day. That equates to more than 35,000 tests per million inhabitants, proportionally more than many other European countries.

More than 60 state, university and private labs have worked together to test as many people as possible, focusing on health workers and nursing home residents. 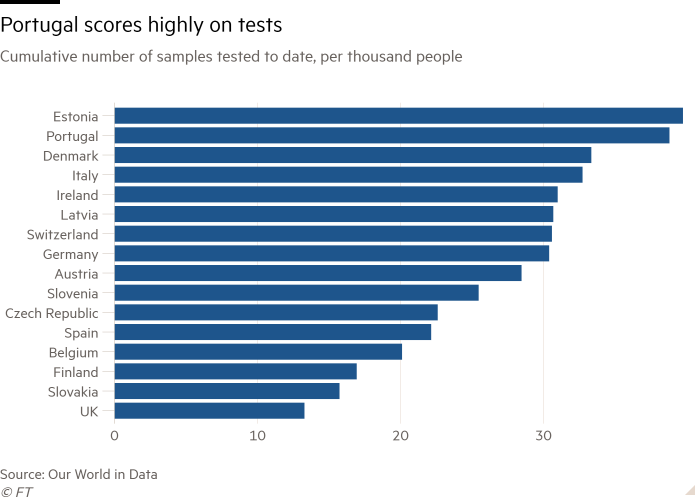 “We face the same difficulties as every country in trying to buy testing materials, but our central purchasing office gives us more of a single voice in international markets and helps improve distribution,” said Marta Temido, health minister.

The fact that Portugal had fewer densely populated cities, a single land border, a lower level of international traffic and less immigration also helped, as did cross-party support for the Socialist government’s coronavirus strategy. “We are focusing on collaboration, not opposition,” said Mr Baptista Leite, also health spokesman for the opposition Social Democrats. “In times like these, unity and solidarity save lives.”

This combined to ensure pressure on an under-resourced national health service was kept at a manageable level. “Due to early social distancing measures, the number of critically ill patients has never come close to breaking point as it has in some other countries,” said Maria Manuel Mota, a biologist at the IMM.

But as Portugal adjusts this week to a gradual relaxation of confinement measures, health specialists and politicians fear a second wave of the pandemic could hit it hard.

“Having been so efficient in controlling the first wave of infection puts Portugal in an extremely susceptible situation,” said Mr Simas. “We are completely blind to the percentage of people that have been exposed to the virus and are potentially immune.” 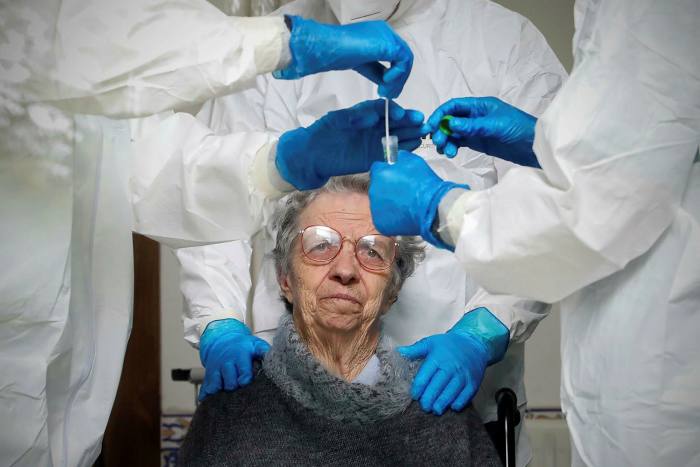 The government has approved a cautious, three-phase plan to ease the lockdown, including the compulsory use of face masks in many public spaces and remote working whenever possible.

Small shops will be allowed to open first, followed by increasingly bigger stores in the second and third phases. Remote teaching will remain in place for most children until the end of the academic year.

Portuguese scientists are close to implementing a system of serological antibody testing that will show whether people have been infected with coronavirus. This will initially be targeted at frontline health workers.

“Our apparently good results in this phase could be a disadvantage in terms of the immunity of our population in a second wave,” Ms Temido said. “We will only be able to say what countries have responded well when the history of the pandemic is written.”